This population growth is almost entirely driven the Halifax region. Halifax had the greatest population growth over the past three years. The Annapolis Valley reversed its shrinking population trend in 2018 and maintained growth into 2020. The remaining three regions in Nova Scotia continue to experience negative population growth.

Nova Scotia’s employment level was improving before the 2020 COVID-19 pandemic, with growth in 2018 and 2019. Employment levels are influenced by the economic impact of the pandemic and by the declining population in most of the province’s economic regions. 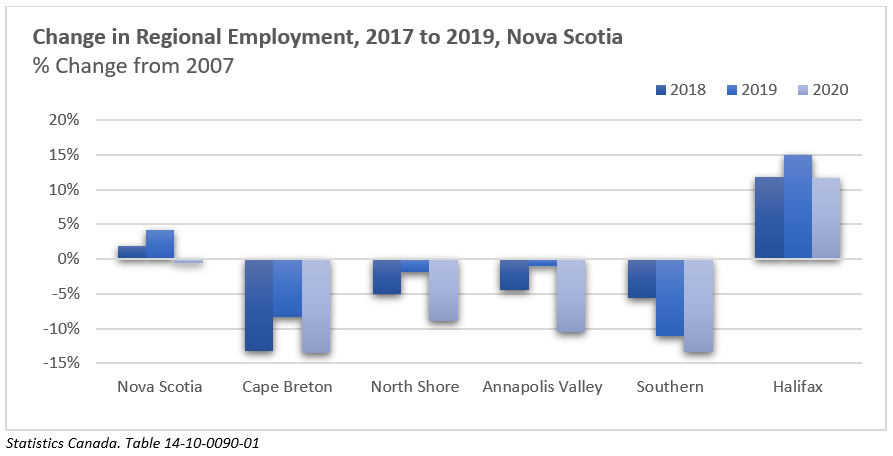 In 2020 all regions experienced increases to their unemployment rate compared to 2019, particularly Halifax were the rate increased by 2.8 percentage points, this was closely followed by Annapolis Valley (2.3pp), both Southern and North Shore increased by 2pp and Cape Breton’s grew by 1.4pp.