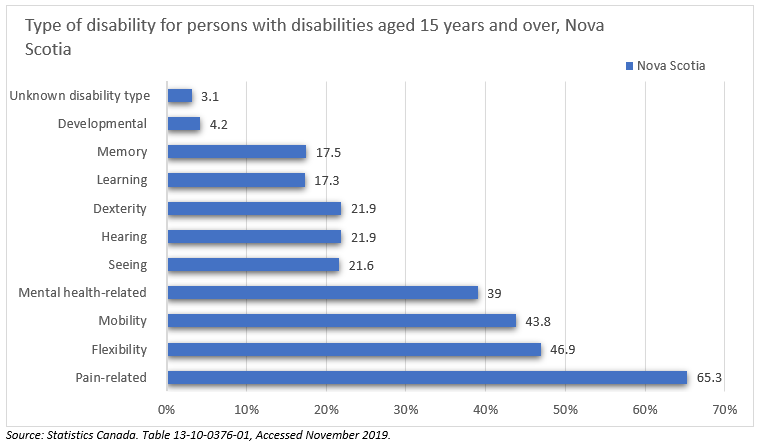 The prevalence of disabilities varies at different stages of life. Common to all age groups, however, was the prominence of pain-related disabilities—which were the most prevalent disability type among working-age adults.

Employment Rate by Type of Disability 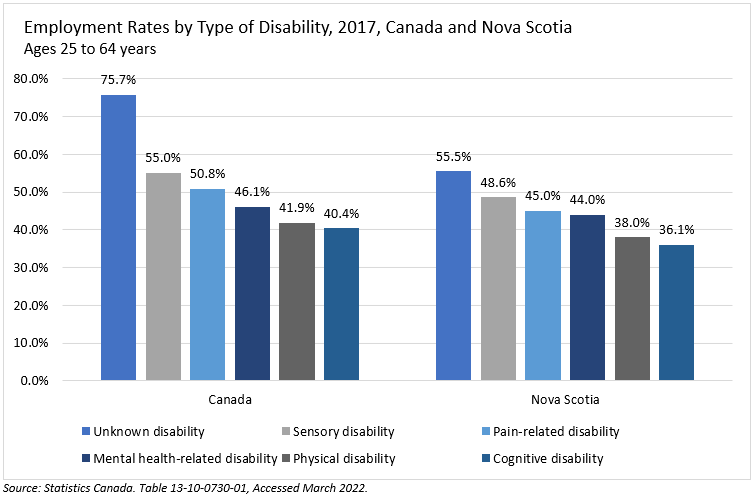 Among people with disabilities, employment rates are affected by the type of disability. This trend is observed at both the national and provincial levels.