An overview of selected diversity groups in Nova Scotia reveals that only immigrants had a lower unemployment rate (8.1%) than that of the whole province (10.0%) in 2016. Aboriginal peoples living on reserve experienced the highest unemployment rates at 22.6% and the lowest participation rate, 46.8%. 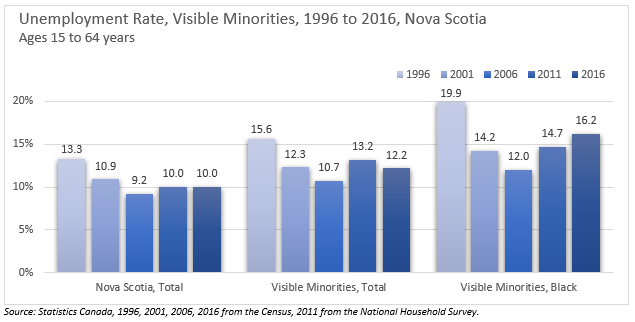 The participation rate for Nova Scotia, and all examined diversity groups, deteriorated in 2016 from 2011. The rate for the province experienced a significant decrease, dropping 13.6 percentage points (74.9% to 61.3%). Relative to all groups, the rate for visible minorities suffered the least, falling only 4.4percentage points (going from 66.6% to 62.2%). 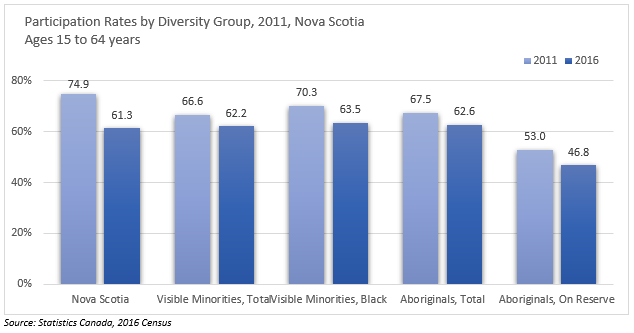 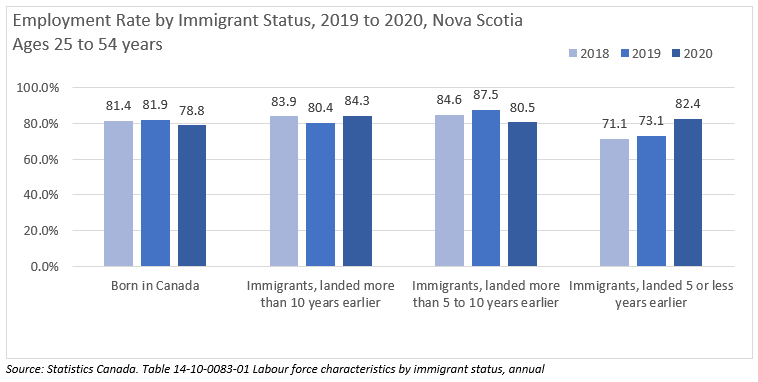