The median hourly wage for employees at the national level grew by 2.0% in 2021. This brings the growth path of wages closer to its historical pattern, following a large increase of 6.3% in 2020 – mainly driven by job losses among low-wage earners due to COVID-19.

Nova Scotia’s year-over-year increase in the median hourly wage ranked 7th among the ten provinces in 2021 at 0.1%. The national average wage growth was 6.3%. 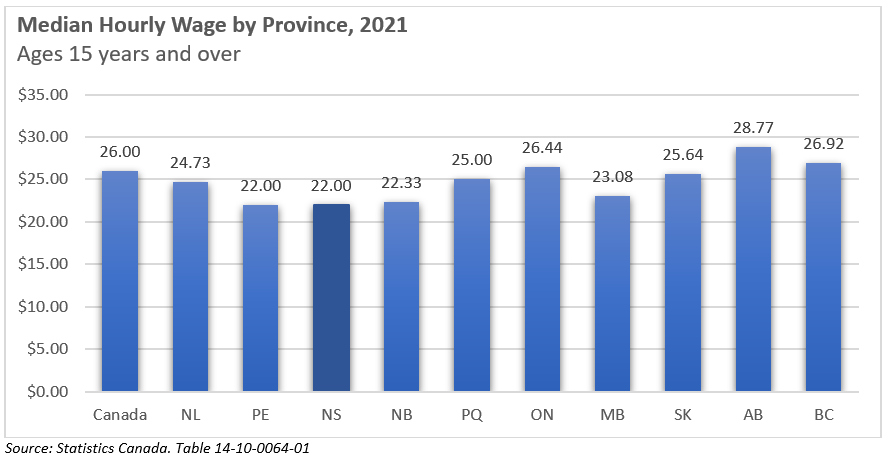 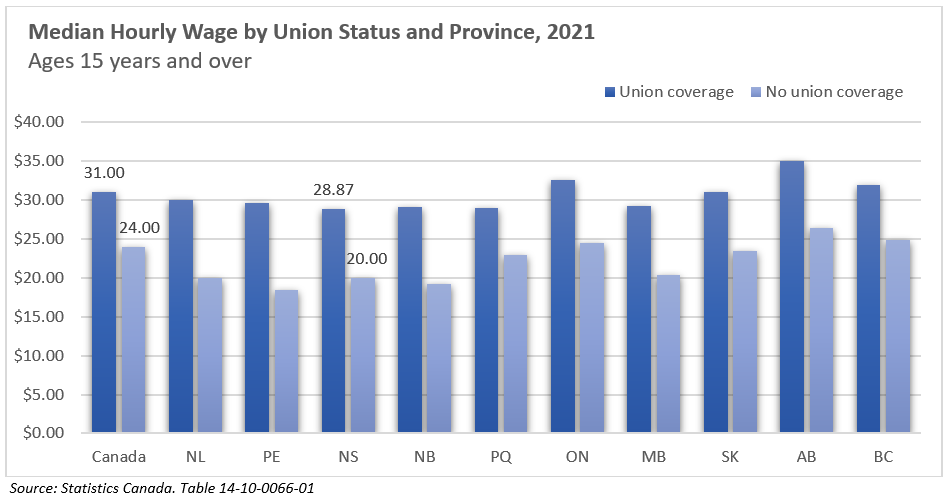