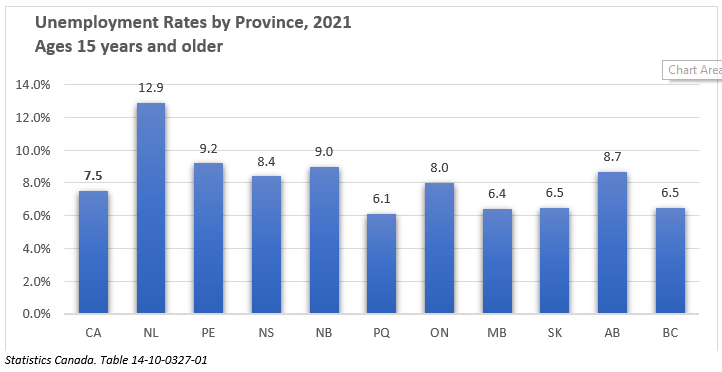 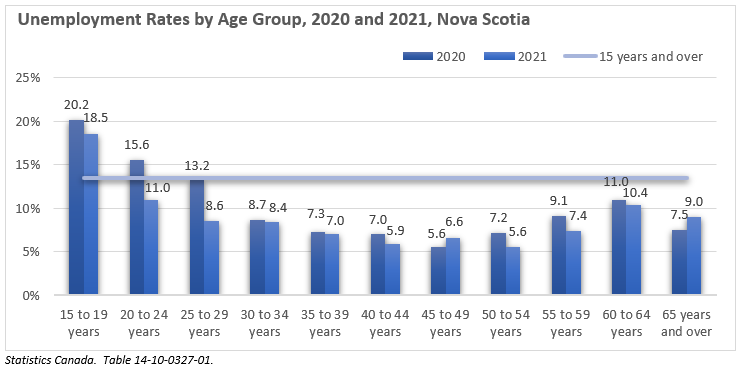 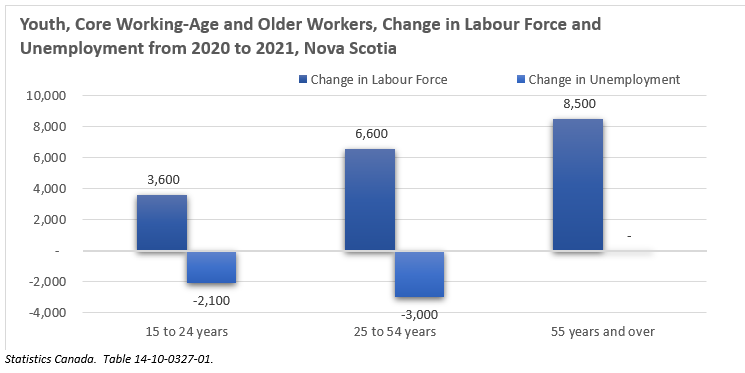 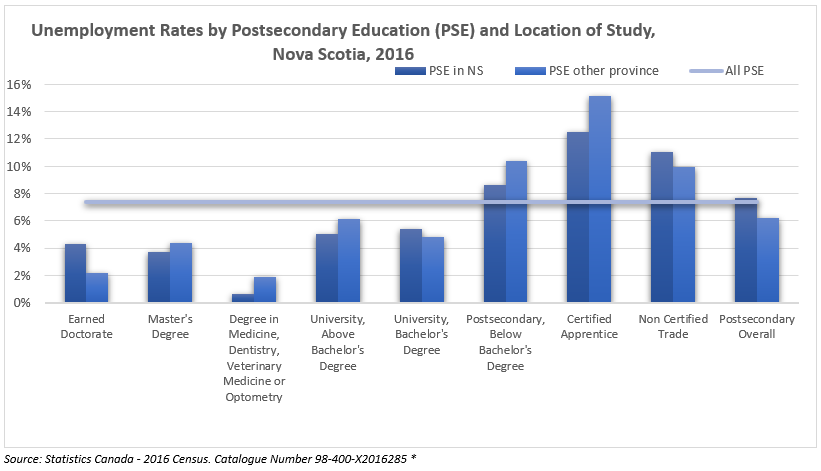 The arrival of the COVID-19 pandemic in Nova Scotia resulted in unprecedented effects on the number of unemployed and those receiving EI. Workers that were unemployed between March 15th and October 3rd, 2020, were able to claim the Canadian Emergency Response Benefit (CERB) – which provided temporary financial assistance.

As the CERB program was wound down in the fall of 2020, the criteria to claim EI was temporarily reduced to include workers not eligible in the past, such as students, youth, and occasional workers.  This was done to transition CERB recipients to EI. As a result, the number of EI beneficiaries was, unusually, higher than the number of unemployed workers from October 2020 through September 2021.