Nova Scotia’s labour market continued its positive momentum in 2022, continuing the recovery witnessed in 2021. The average employment level in 2022 was 15,600 jobs higher than the previous year and the average unemployment rate in 2022 was the lowest of any year since the beginning of the modern Labour Force Survey. However, part-time and youth employment has yet to recover to pre-COVID levels. 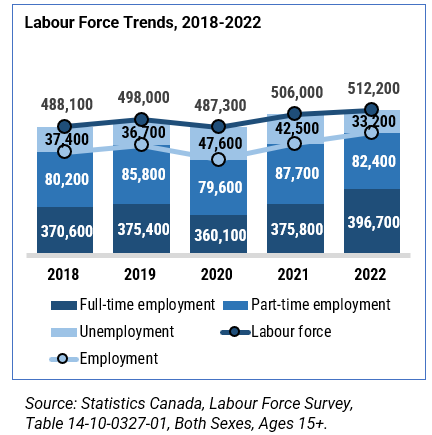 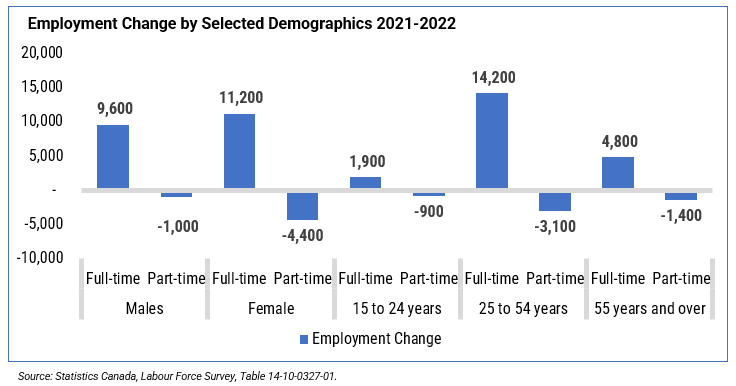 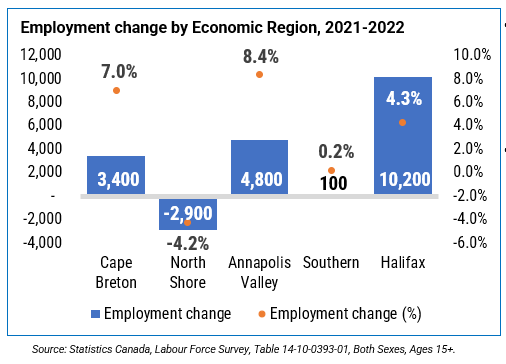 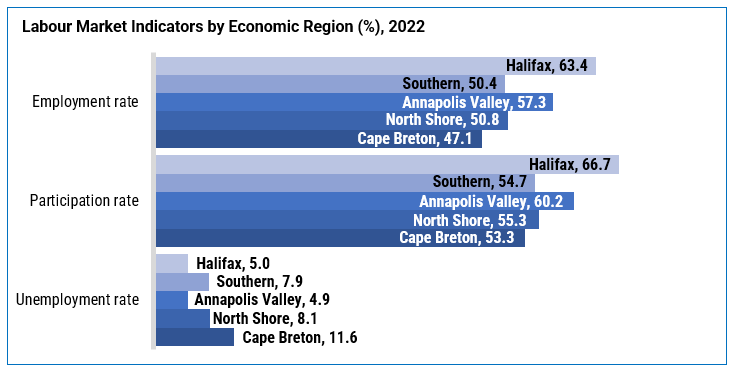