The expectation of a growing labour force and employment gains suggests that the provincial unemployment rate will decrease from 7.5% in 2018 to 7.1% in 2019. The labour force participation rate is not expected to change significantly from the current level and is projected at 61.5% in 2019. 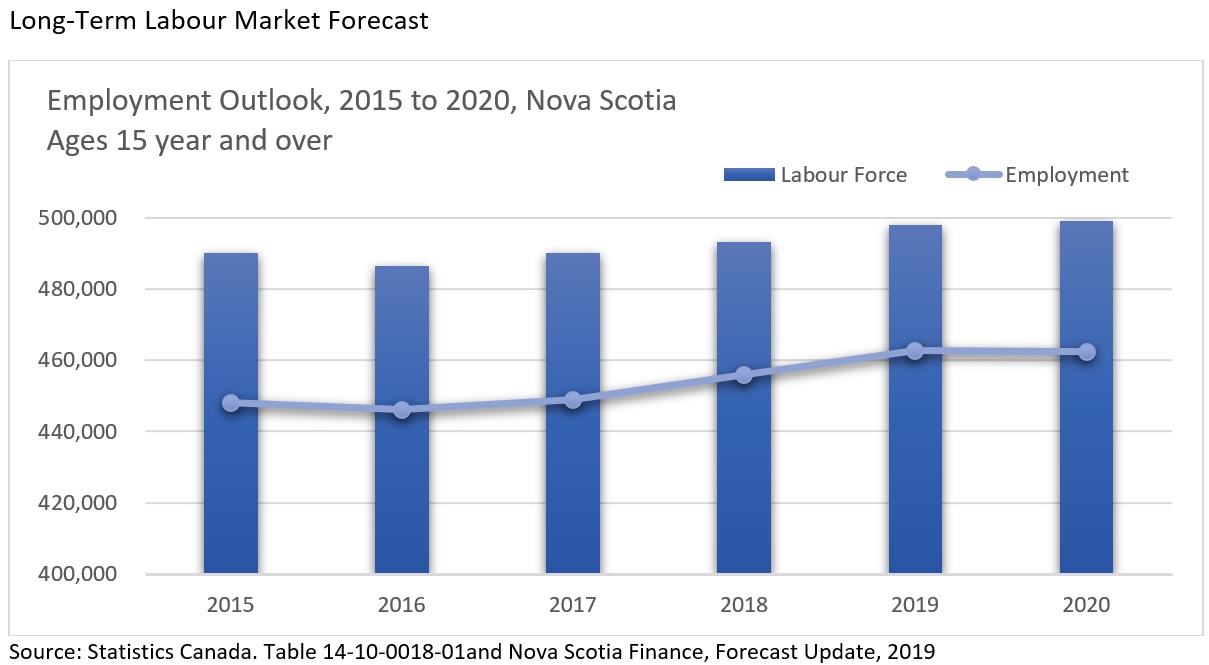 Nova Scotia’s population grew by over 30,000 since 2015, reaching the province’s all time high of 966,858 in 2019. Rising international and interprovincial migration have increased the population offsetting natural population change. Nova Scotia’s labour force and employment is expected to continue to grow.

Employment growth, notably in full-time jobs, has accelerated, reducing the unemployment rate below 7.0 percent, on average, during the first 8 months of 2019. The total value of compensation for labour, including wages, salaries and employers’ social contribution, grew 4.7% during the first half of 2019. 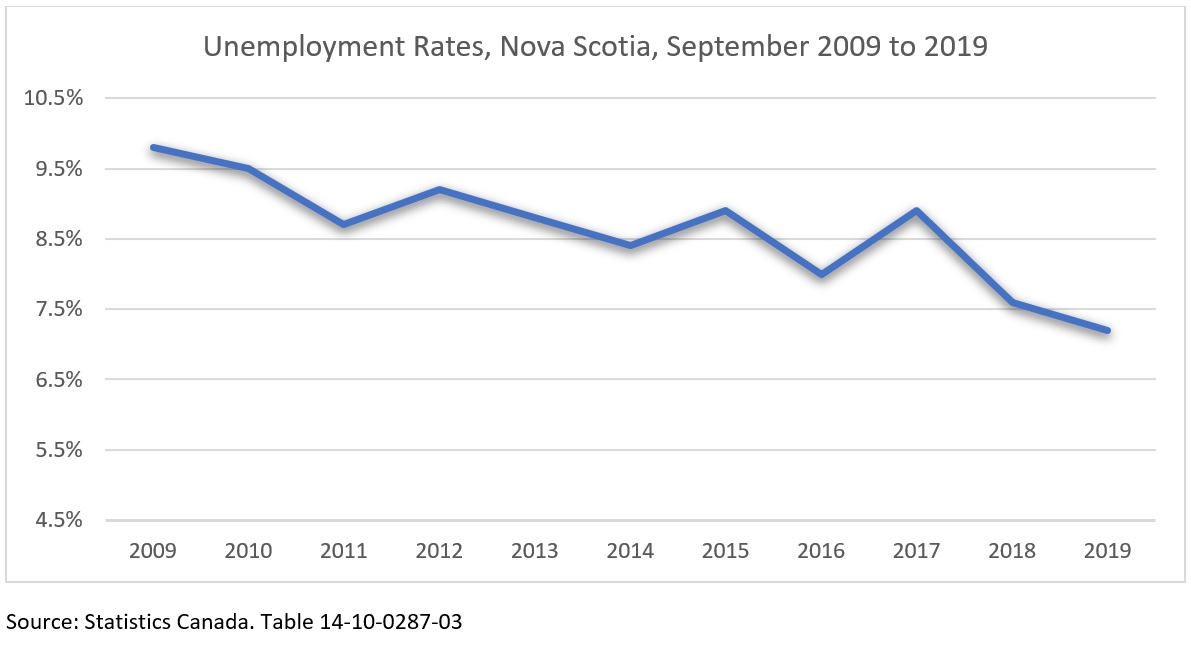