Age Distribution in the Workforce

Nova Scotia's labour statistics continue to reflect the demographic shift attributed to the ageing baby boomer population. In the last decade, the number of people in Nova Scotia’s workforce has, on average, been stable because of an increase in the proportion of older workers (those age 55 years and older) in the workforce. From 2001 to 2021, the share of older workers in the labour force rose from one-tenth to nearly one-quarter.

The prime working-age group (25 to 54 years) accounted for 61% of the total workforce in 2021. The share of the prime working-age group has steadily declined since it peaked at 75% in 1997. The graph below shows that the number of older adults (ages 55 years and over) in the labour force has increased by 32.1% since 2011 while it has decreased by 5.0% for those below 55 years of age. 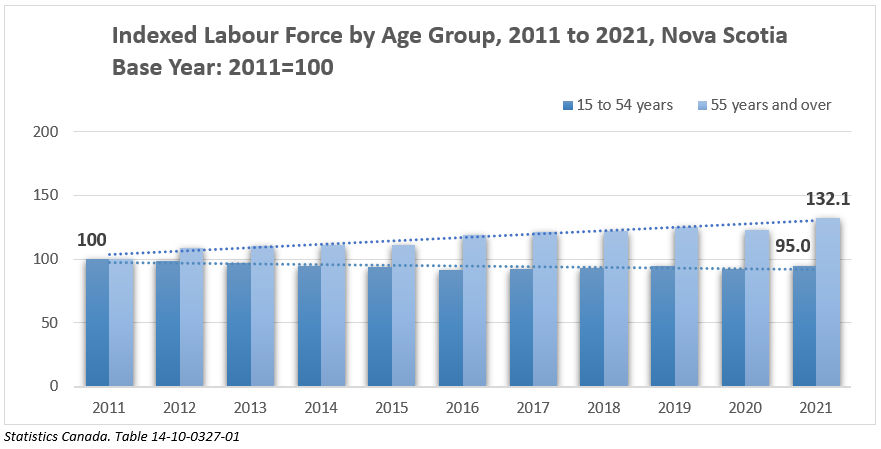 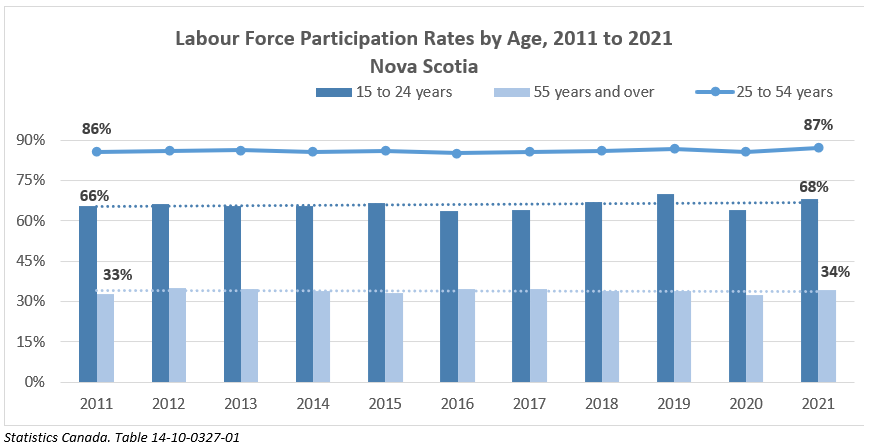 Participation rates over the last ten years have risen slightly among youth, core-aged workers, and older workers (shown in the graph above). This is despite an expectation that participation drops with advanced age. Additionally, retirees are considered non-participants, which contributes to lower participation rates among higher age groups. 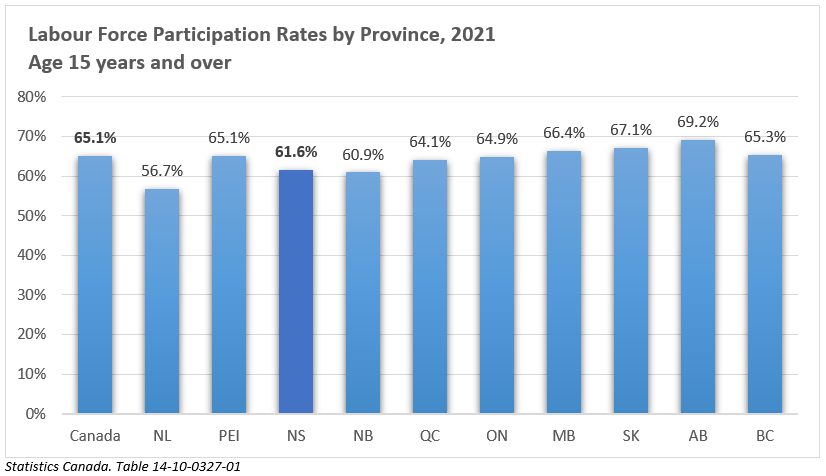 The participation rate in Nova Scotia was the third-lowest of the ten Canadian provinces in 2021.