Though employment increased in the services-producing sector, only four out of 11 industries experienced contractions. The highest growth (7.7%) occurred in health care and social assistance which gained 5,300 jobs in 2019 compared to 2018. More modest growth occurred in the remaining six industries. Wholesale and retail trade 2,600 jobs (3.3%); Information, culture and recreation grew by 500 jobs (2.7%); Professional, scientific and technical services added 400 jobs (1.5%); Accommodation and food services grew by 500 jobs (1.4%); Transportation and warehousing increased by 200 positions (0.7%) and Public Administration added 200 jobs (0.7%).  While employment in the service-producing sector grew, it was mitigated by losses in four industries. The most significant loss of jobs was in Other services (catch-all for various types of employment) with a loss of 1,800 jobs (-9.6%) in 2019 compared to 2018. There remaining industries (Finance, insurance, real estate, rental and leasing; Business, building and other support services; and Educational services) lost a combined total of 1,500 jobs (-1.9%) in 2019 compared to 2018. The highest unemployment rate (11.7%) in the services-producing sector was in the Business, building and other support services industry. 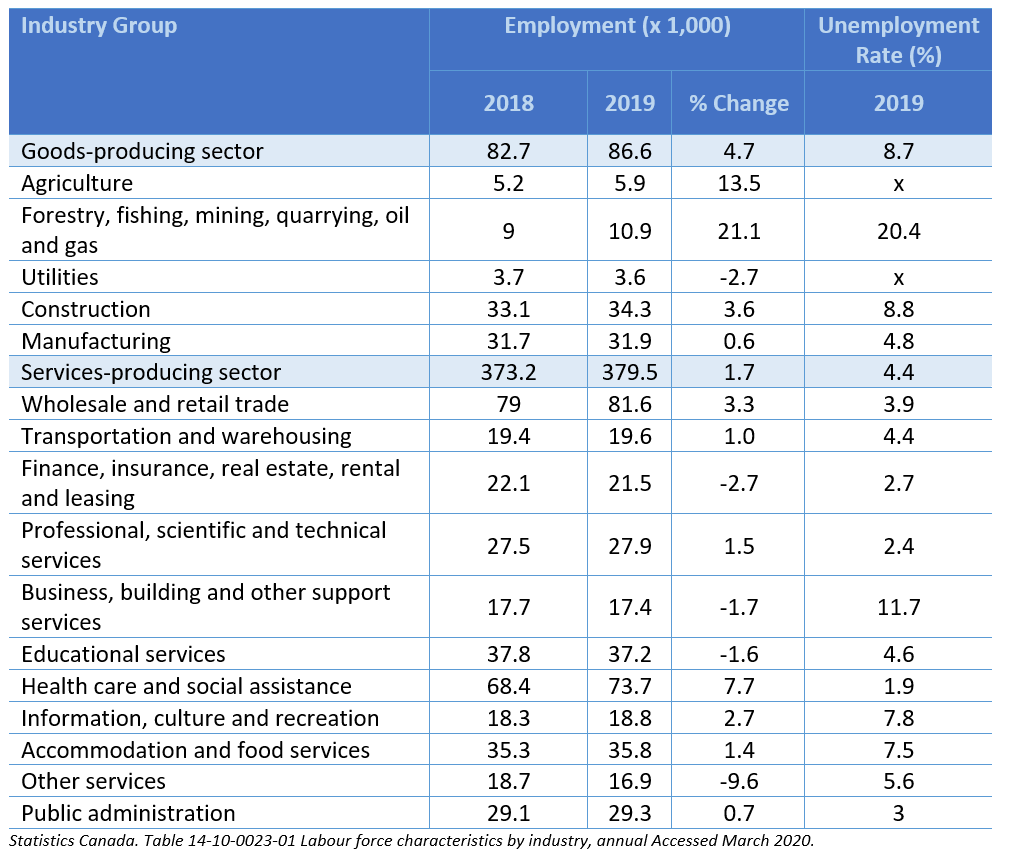 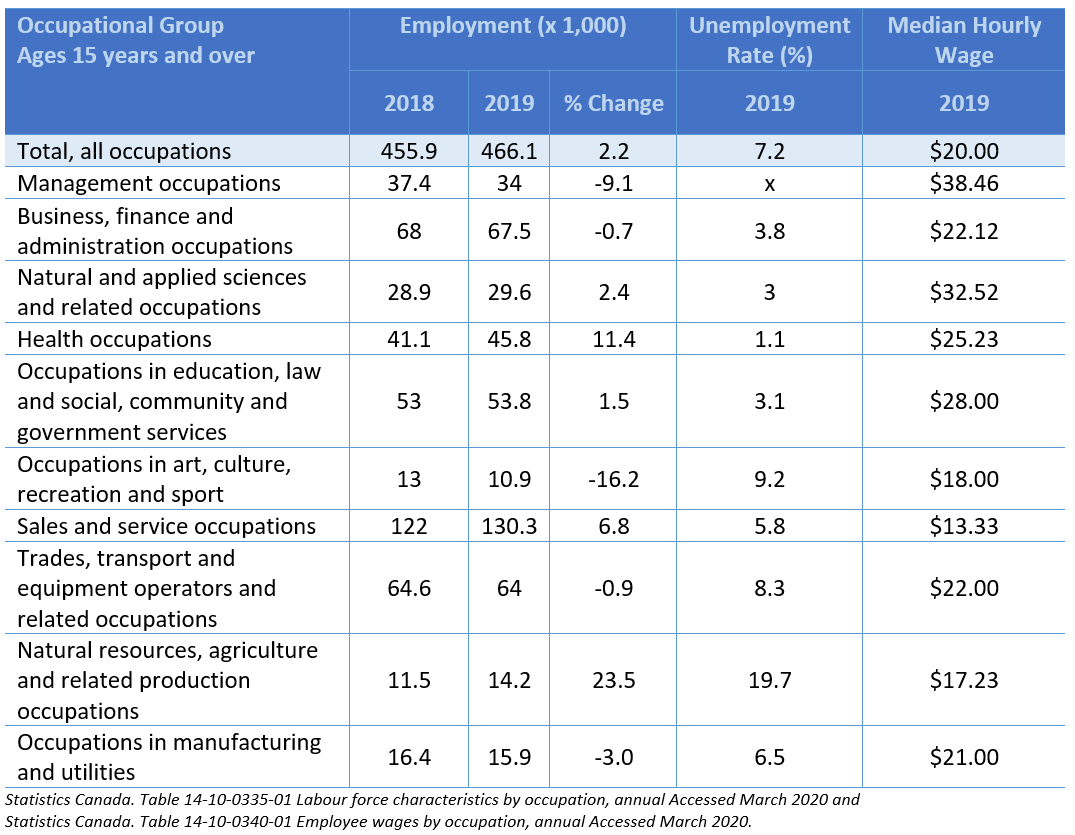 Data in the graphs below is indexed to the year 2010 (post-recession period) to show trends and to compare with the Canadian economy. After 2010, a clear gap appeared between national employment growth and provincial employment in the goods producing sector that has continued to widen over time. Between 2010 and 2019, employment in Nova Scotia’s good-producing sector has decreased 1.9%, whereas at the national level it has grown 6.2%. 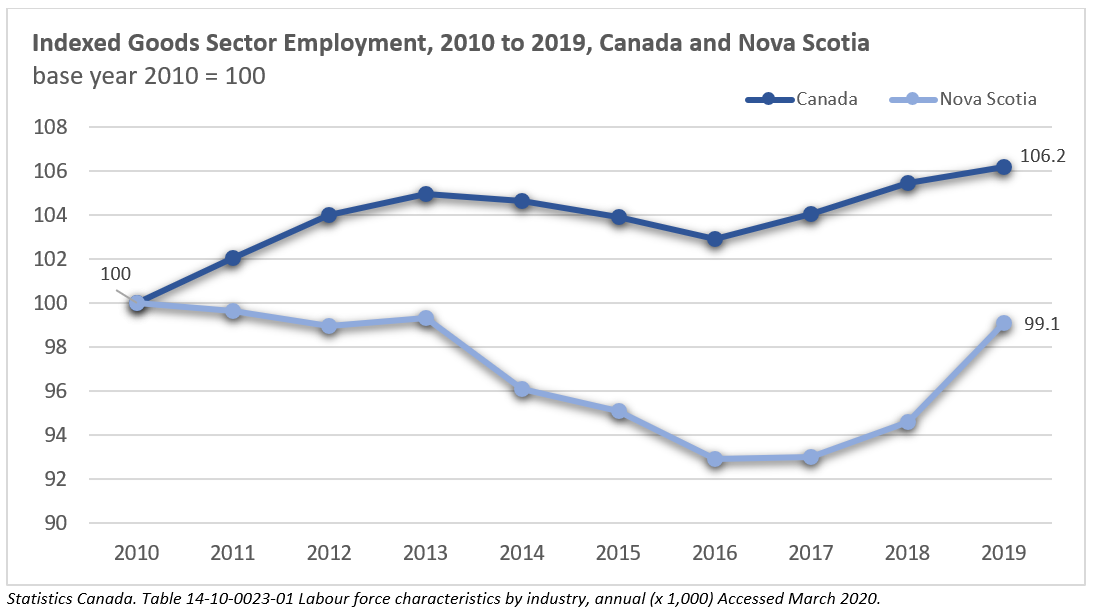