Before the COVID-19 pandemic, Nova Scotia’s overall employment levels were relatively stable since 2010. Changing demographics have largely been behind the pattern of employment growth seen in the different age groups over the past 10 years.

The economic shock resulting from the arrival of COVID-19 caused a fall in employment of 4.7 percent in the province. Youth suffered the greatest change in employment at -12.7 percent, followed by older workers at -4.8 percent. Core age workers also experienced a decrease in employment, however relative to the other age groups, they have not suffered as much, employment fell by 2.7 percent. 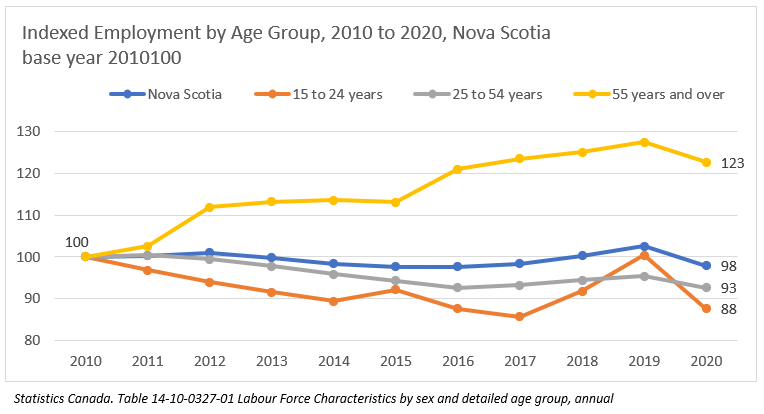 There continue to be differences in the types of industries in which males and females are represented. In 2020, 92 percent of females and 69 percent of males were employed in the service-producing sector.

There are also gender differences in the participation of males and females in part-time and full-time work. In 2020, a higher percentage of males (87%) were employed full-time compared to females (77%). 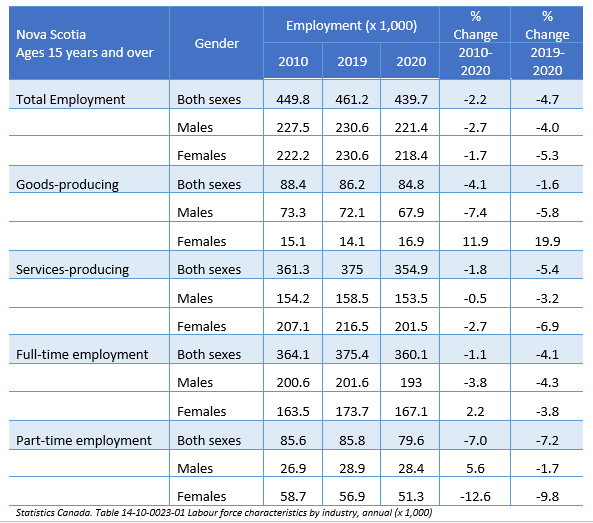 Employment in Nova Scotia decreased overall by 21,500 (-4.7%) from 2019 to 2020. Most of the employment loses in 2020 can be tied to the economic consequences of the Public Health restrictions put in place to stop the spread COVID-19. 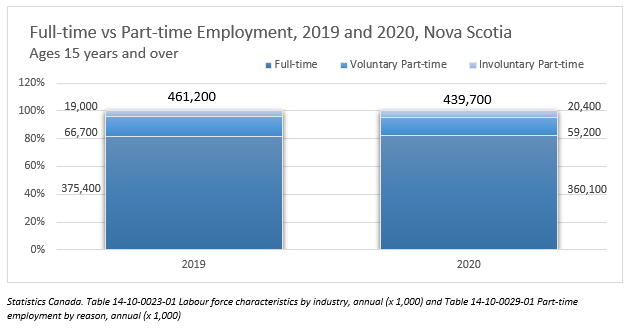