Some relevant definitions are:

In 2021, 64.4% of adults in Nova Scotia had a level of education beyond a high school diploma as their highest educational attainment. Of those:

Unemployment rates are typically lower at rising levels of education. This has been the case at both national and provincial levels. The economic disruptions from COVID-19 weakened this relationship in 2020, but the economic recovery in 2021 has re-established it.

Unemployment rates in Nova Scotia are typically higher than the national level (and were 1.0% higher overall in 2021). The gap tends to narrow with increasing levels of education. 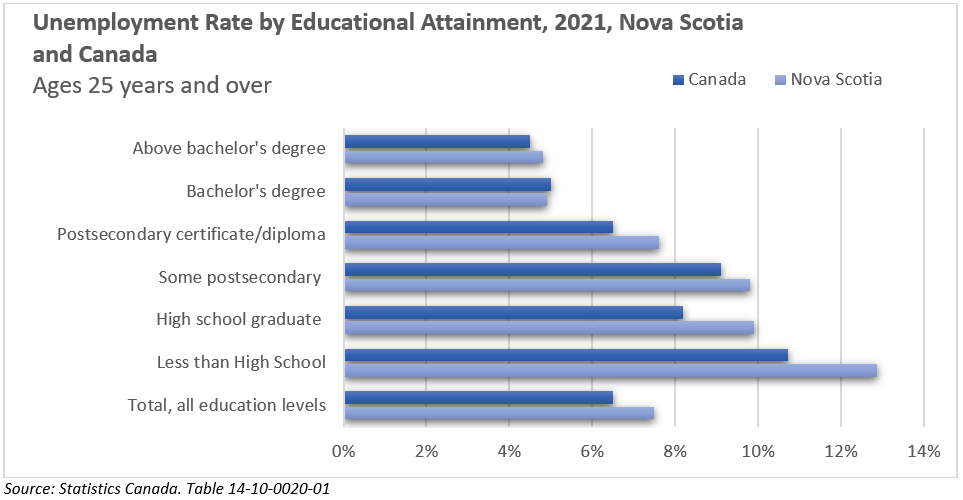